Register to secure attendance and receive access to on-demand programming.

Apollo School Day Live introduces the “Apollo Experience” to new generations of young theater-goers while providing exciting opportunities to learn about the arts, history, and culture. Connect your classroom to the soul of American culture with this digital presentation of Apollo School Day Live, available to watch on demand on the Apollo Digital Stage.

Soundtrack ‘63 is a multimedia music performance that engages audiences in the untold and under-represented stories of the Black experience and the quest for civil rights in America. Originally produced by 651 Arts and developed by Soul Science Lab to commemorate the 50th anniversary of the 1963 March on Washington for Jobs and Freedom, Soundtrack ‘63 takes the audience on a cultural and artistic retrospective of Black History from Africa to enslavement to the Civil Rights Movement in the 1960s and the present-day Black Lives Matter Movement.

Register to secure attendance and receive access to on-demand programming. 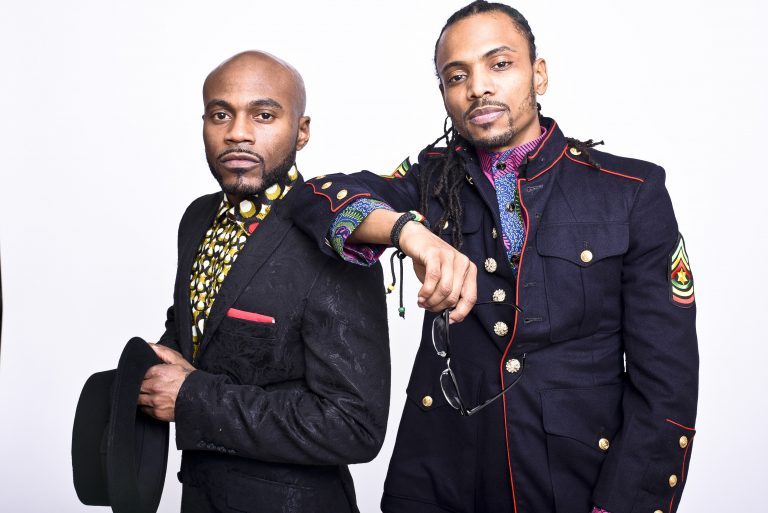 Soul Science Lab (SSL) is a music and multimedia duo powered by emcee, songwriter Chen Lo and composer, producer Asante Amin. SSL is dedicated to creating a celebrated body of work and cultivating the next generation of iconic artists. A beacon of indelible music, iconic performances and stellar artistry, they are storytellers inspiring the future. Their current projects include Soundtrack ‘63, Carnegie Hall commissioned Make a Joyful Noize, and Apollo Theater commissioned Renaissance Mixtape. They have released 3 studio albums including Footprints, The Visitor: Alter Destiny and Plan for Paradise. Soul Science Lab has also developed a culturally responsive education platform for music creatives and educators at Soul Science University. They are Innovative. Afro. Futuristic. Griots.

Co-founder Chen Lo is a seasoned emcee, songwriter and creative director. He has toured the globe and worked with premier cultural arts institutions including Jazz at Lincoln Center, the August Wilson Center, 651 ARTS, and others. Chen Lo has also shared the stage with the likes of Common, Erykah Badu, KRS-ONE, A Tribe Called Quest, Rapsody, Sunni Patterson, and the Last Poets. He has recorded notable collaborations with international artists Stogie T and Cheikh Lô.